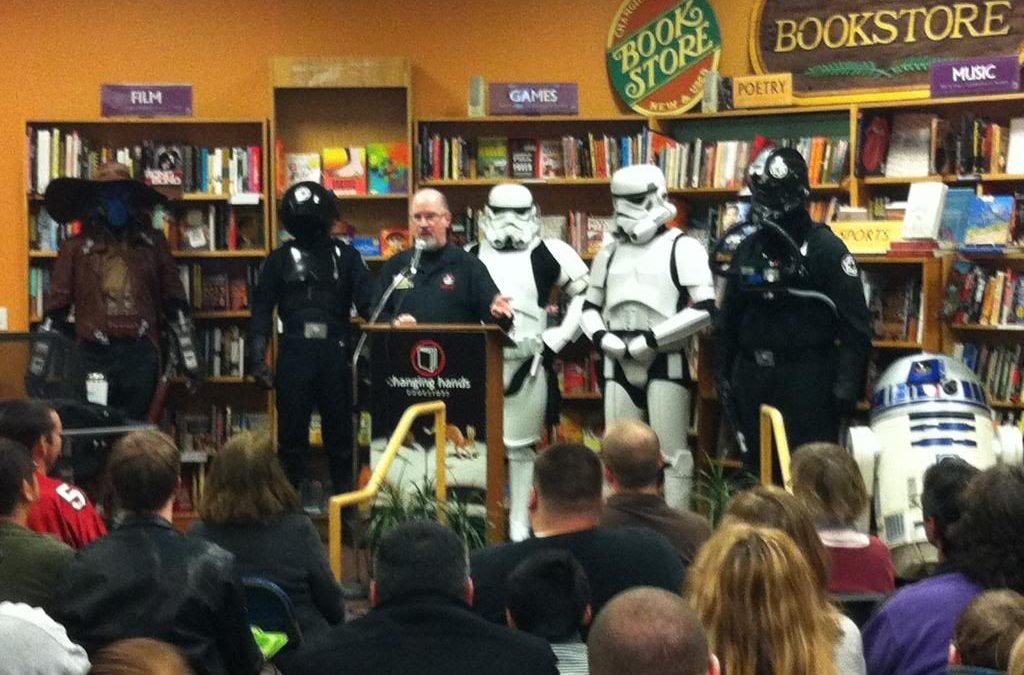 The Dune Sea Garrison had the joy of spending the day supporting one of the best authors in the Star Wars Universe on January 13, 2012.  Timothy Zahn was in town for the signing event of his 9th Star Wars Novel, ‘Scoundrels’.  He was accompanied by a full security detail of two Stormtroopers, a Tie Pilot, an Imperial Gunner, Cad Bane and by special invite, that rebellious droid, R2-D2.
It was a real thrill for our legion members to be able to meet and support such a wonderful author, and hear his tales of working with our favorite characters for all these years.  It was also quite comical for Mr. Zahn to say that he actually tried to name this book ‘Solo’s Eleven’, due to the main story being about a major heist involving multiple players with varied skills.  But, it was decided that it would not be worth the legal battle with the popular movies of a similar name.
See full press of the event here…http://www.changinghands.com/event/zahn-jan13