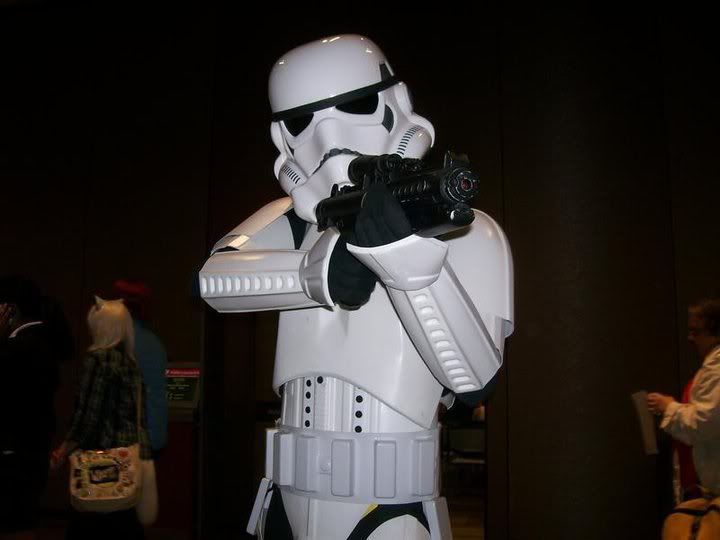 The members of the Dune Sea Garrison would like to congratulate Michael Qoyawayma, TK-9729, for earning the “Spotlighted Trooper” recognition! Voted on by the entire Garrison for his hard work and continued dedication to his fellow troopers, Michael (“Q” as he is called among his DSG friends) represented the DSG at San Diego Comic Con 2011 every day in his storm trooper kit. This young man wore his kit for over 12 hours and found time to volunteer for BioWare as well! Both the local garrison as well as BioWare employees found him to be an exceptional asset to the 501st presence at the convention. Michael showed true energy and dedication to the cause, all without a Redbull.

Just a few months shy of his one year anniversary, Michael has proven himself to be an integral part of this Garrison and we are fortunate to have him.

We, your fellow troopers salute you Michael!