"Never Tell Her The Odds" 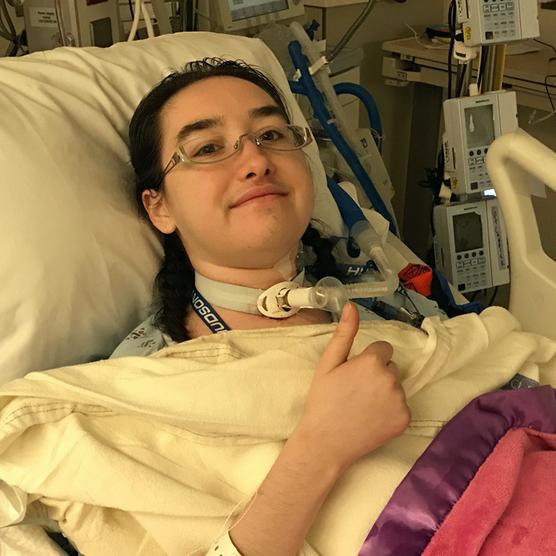 Kathlyn Chassey is a 24-year-old Star Wars fan battling Cystic Fibrosis, a life-threatening lung disease. Her condition has progressed to the point where she will not survive without a lung transplant. After being initially denied her life-saving operation, Kathlyn was able to enlist the help of a few friends of hers: including the 501st Legion and her life-long friend, actor Peter Mayhew. Mr. Mayhew is beloved worldwide for bringing Chewbacca to life, and now for his and his wife’s tireless efforts to save Kathlyn’s.

Kathlyn’s request for help has since been met with a swell of support from the Peter Mayhew Foundation, 501st Legion, Rebel Legion, and Star Wars fans worldwide. In addition to being sent countless well-wishes from the public and an assortment of donated Star Wars merchandise, Kathlyn also got something she’s wanted for quite some time: membership in the 501st Legion and her very own ID number: TX-65651. But most importantly, Kathlyn has been reevaluated and placed at the top of the list for a lung transplant.

We will continue to update our followers with news on Kathlyn. Until then, we wish Kathlyn all the best and look forward to telling you about her speedy recovery.

For updates on Kathlyn: http://www.lifedayforkathlyn.com/