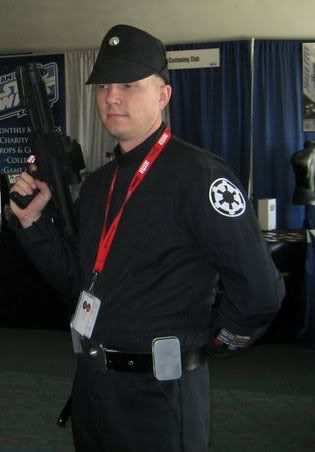 The members of the Dune Sea Garrison would like to congratulate TJ Van Der Werf, ID-5743, for earning the “Spotlighted Trooper” recognition! Voted on by the entire Garrison for his hard work and continued dedication to his fellow troopers, TJ was nominated for stepping and running Imperial Cadet Training at Phoenix Comicon 2011. He and his co-coordinator trained over 350 kids and raised over $150.00 for Kids Need to Read in the three day time period of the event.

While only with the DSG for 9 months, TJ has become an integral part of this Garrison and we are fortunate to have him.

We, your fellow troopers salute you TJ!